British Rock Icon Jeff Lynne Has Given Fans Of His Electric Light Orchestra A Reason To Celebrate After Revealing He Has Completed Work On A New Studio Album. 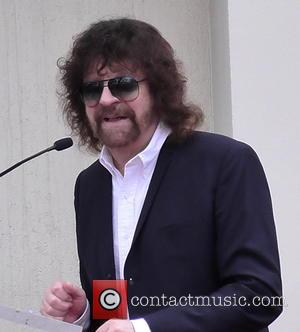 All Alone in the Universe, Elo's first studio album since 2001's Zoom, will be released just in time for Christmas (25Dec15).

Lynne is offering up the project's lead single, When I Was a Boy, as a free download for fans who pre-order the album via Amazon or iTunes this weekend (25-27Sep15).

In a press release announcing the new album, Lynne writes, "Music is such a powerful force in our lives. A good song can make people feel much less alone in this universe. And trying to create one of those songs somehow makes me feel less alone too. My whole life, from being that kid with a dream in Birmingham (England) right until today, proves how much music can do."

Lynne regrouped ELO for an historic Hyde Park gig in London in September, 2014. The concert was recently released on Blu-Ray and DVD.