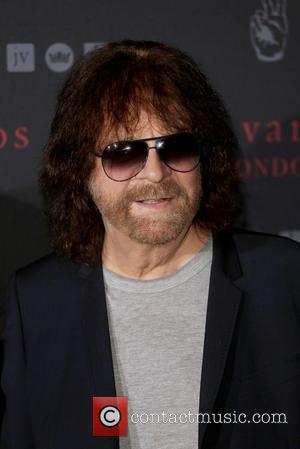 Jeff Lynne is getting ready to recharge his Electric Light Orchestra after the band returned to the U.K. stage for the first time in 28 years on Sunday night (14Sep14).

Elo headlined BBC Radio 2's Festival In A Day in Hyde Park, London and Lynne was so thrilled with the crowd's reaction to his comeback, he suggested the gig would be the first of many.

During his hit-heavy 75-minute show, the Traveling Wilburys star told fans, "Wow, fantastic. It's unbelievable this really. I haven't done anything like this for so long, I can't believe it... I'll do this again."

The Evil Woman and Livin' Thing hitmaker also took a moment to honour his late Traveling Wilburys bandmates George Harrison and Roy Orbison, dedicating the supergroup's Handle With Care to them.

Lynne was all smiles as he left the stage, telling fans, "That's the best fun we've ever had."

Lynne brought the band he retired in the mid-1980s back to life a decade ago for a one-night-only Tv special in America, but the band has not performed since then.