Actor Jeffrey Dean Morgan Has Been Turned Off Eating Canned Tuna For Life After Surviving On One Tin A Day As He Portrayed An Historic American Frontiersman Suffering From Tuberculosis For A New Tv Mini-series. 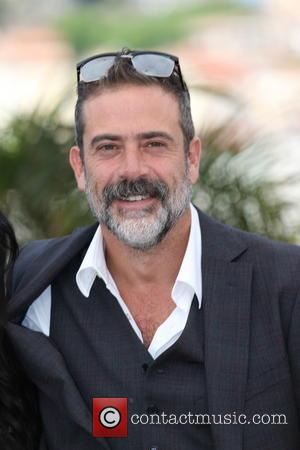 The Watchmen star plays Erastus 'Deaf' Smith in new historical drama series Texas Rising, about the Texas Revolution against Mexico in the 1830s, and the actor had to lose a little weight to effectively portray a man sick with a lifelong tubercular illness.

Producers suggested Morgan lose around 10 pounds (4.5 kilograms) for the role, but he decided to take the weightloss further, shedding more than 40 pounds (18 kilograms) so it would be clear to viewers that his character was seriously ill.

He tells U.S. breakfast show Today, "He (Smith) had a consumption of tuberculosis, and so I got there (on set) and I was probably about 175. I left and I was about 130."

He continues, "I ate a can of tuna fish a day. I did it in the most unhealthy way possible...! I didn't consult with a doctor or anything. We had said maybe we should lose, like, 10 pounds, and I just kept going and going, and by the end of the movie, I was just (moving) like a snail!

Jeffrey Dean Morgan Reflects On "Ahead Of Its Time" 'Watchmen' Movie

Jeffrey Dean Morgan Not Happy With His Levon Helm Tribute