Transparent Star Jeffrey Tambor And The Show's Creator Jill Soloway Shone A Spotlight On The Transgender Community During The 2015 Primetime Emmy Awards As They Accepted Two Of The Event's Prizes. 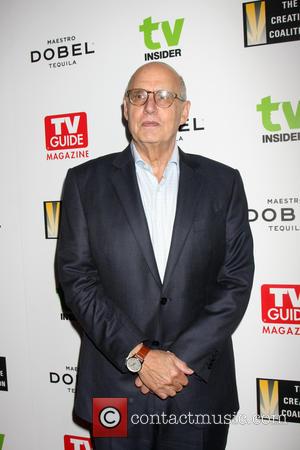 Tambor was one of the first winners during Sunday's (20Sep15) prizegiving in Los Angeles, as he was given the Outstanding Actor in a Comedy trophy for his role as transgender parent Maura Pfefferman.

During his speech, Tambor, shared his gratitude to the trans community for its support for the show, saying, "I had a teacher who used to say, you know, 'When you act, you have to act as if your life depends on it.' And now I've been given the opportunity to act because people's lives depend on it."

Soon after, Soloway, who based the series on her father who came out as transgender, also took to the stage to accept the Outstanding Directing in a Comedy Series, and urged the audience and viewers at home to support an upcoming U.S. bill which would add "gender identity" and "sexual orientation" to a preexisting list of legal protections from discrimination.

Referring to her parent, Soloway said, "She could tomorrow go and try to find an apartment and in 32 states, it would be legal for the landlord to look her in the eye and say, 'We don't rent to trans people.' We don't have a trans tipping point yet. We have a trans civil rights problem. So go to transequality.org and vote to pass the Trans Equality Bill."