Jemima Kirke reveals details of her abortion in 2007 to raise awareness for pro-choice charity.

Jemima Kirke has opened up about having an abortion in a video for the Centre for Reproductive Rights' pro-choice campaign, Draw the Line. The 29-year-old actor, best known for her role as Jessa in HBO's Girls, explained how she terminated a pregnancy in 2007. Jemima Kirke is best known for her role on Girls.

Kirke explained how she had become pregnant whilst studying in college in Providence, Rhode Island. She was in a relationship at the time but, as she later clarified, she "didn't want to be attached to that person [her boyfriend]" for the rest of her life as he was "mentally unstable and abusive".

"My life was just not conducive to raising a happy, healthy child. So, I decided to get an abortion," Kirke stated.

Kirke, who is the daughter of Free frontman Simon Kirke, alluded to the financial difficulties of getting an abortion without support from family or friends. Kirke explained how she did not want to tell her mother about the procedure and, having emptied her bank account and received some money from her boyfriend, was still unable to afford anaesthetic.

"I realised if I didn't take the anaesthesia, I would be able to afford to do this. And the anaesthesia wasn't that much more, but when you're scrounging for however many hundreds of dollars, it is a lot," Kirke said.

"I just didn't have it. It's the obstacle and this stigma that makes these things not completely available. But there are little hoops we have to jump through to get them."

Kirke has not discussed having an abortion before owing to her "embarrassment". Her motivation in revealing details of the procedure was influenced by her own children and her desire to ensure that, by the time they are adults, they are able to make choices freely and without stigma. Kirke has two children with her husband, Michael Mosberg, and a step-daughter from Mosberg's previous relationship.

"I'm already anticipating their [her daughter and step-daughter's] issues with self-esteem, their issues with their bodies, the whole luggage that comes with being a woman. And so I would love if when they're older, in their teens or twenties, that the political issues surrounding their bodies were not there anymore, if they have one less thing to battle around their bodies." Kirke stated.

Kirke's interview has attracted comments from either side of the discussion on reproductive rights. Kirke was prepared to receive negative and abusive comments from pro-life activists and pre-empted their attacks soon after the video interview was posted online.

"I didn't want to put a child or myself through a lifetime of that chaos. "Adoption. Murder. Irresponsible. Whiny etc" Let the comments roll," Kirke wrote.

To clarify "I didn't want to be attached to that person [MY BOYFRIEND]" he was mentally unstable (as was I)& abusive https://t.co/sr326X6eeH

I didn't want to put a child or myself through a lifetime of that chaos. "Adoption. Murder. Irresponsible. Whiny etc" Let the comments roll. 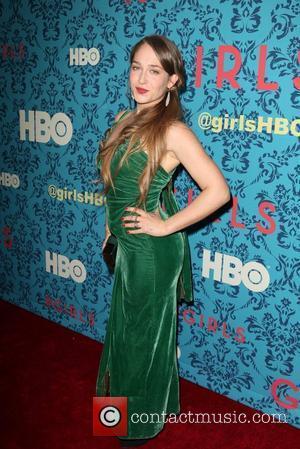