Even though official confirmation of the television network's decision to cancel 'Sam & Cat' came more than a week ago, McCurdy only decided to address the situation this past Thursday (July 24th).

More: What's Next For Jennette McCurdy?

"I am not a role model. I don't claim to be, I don't try to be, and I don't want to be. There was a time when I tried to live up to the aggrandizing title, that pedestal of a thing. Maybe it wasn't so much that I was trying to live up to it. Perhaps I thought I could and I thought I was supposed to, so I gave it my best shot," McCurdy posted on Reddit.

"Its fine, I can admit it. Back in my adolescence, I was more amiable, bubbly, and on lightly humid days, maybe even flouncy. I was role model material and then some," she continued. "Fast forward a few years, I've grown up a bit (emphasis on 'a bit'). I might not be any wiser, but I like to think I'm more honest."

But according to McCurdy, even if she hadn't of made any mistakes, the public will have still pointed the finger at her in some way. "I realize that to attempt to live up to the idea of being a role model is to set myself up for foregone failure. Sure, I've made some mistakes, but even if I hadn't, people would have found invisible ones," she wrote. "This world is one seemingly most keen on judgment and negativity, despite all the hearts and smiley emoticons. To remove myself from the role model battle, the falsified standard set by the bubblegum industry, is - in my eyes - to remove myself from the counterintuitive battle of attempting to be something perfect while being glaringly aware of my imperfections."

And for anyone who disagrees with her outspoken views, the young star says, "no offense, but none of you know how I live my life." 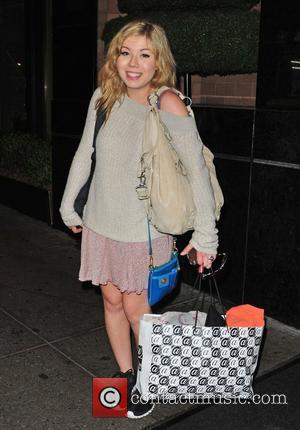