Jennie Garth is reportedly in anguish over her estranged husband Peter Facinelli's new romance with Jamie Alexander - who, at 28, is 10 years younger than the actor. 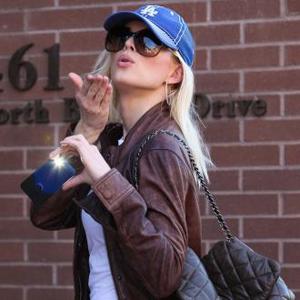 Jennie Garth is devastated Peter Facinelli has moved on with a younger woman.

The 'Beverly Hills 90210' actress has previously revealed she was upset when the 38-year-old actor told her he wanted to end their marriage in March and she has found it very tough learning about his new relationship with 28-year-old actress Jamie Alexander.

A friend of Jennie, 40, told Life and Style magazine: ''She's been a mess. She's so upset that Peter left her and moved on so easily.

''Jennie is doing whatever she can to make it seem like she's OK. She's acting like she's been having fun and trying new things, but the truth is her world has been rocked.''

'Twilight Saga' star Peter shot film 'Loosies' with Jamie two years ago and Jennie is upset that their relationship has become romantic so soon after their union ended.

The pair recently spent a romantic weekend in Paris where they tweeted matching pictures of their getaway including photographs of the Eiffel tour and wine glasses at the Louvre museum.

However, Jennie - who has three children, Luca Bella, 15, Lola Ray, nine, and Fiona Eve, five, with Peter - has also tried to move on and was most recently linked to photographer Noah Abrams.