Lewd, cringe-worthy and hilarious: the 'Horrible Bosses' sequel is coming this winter. 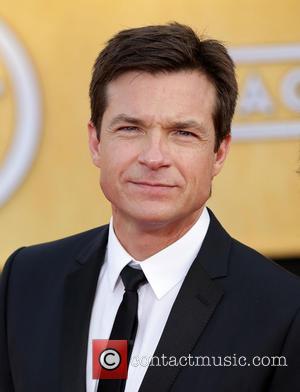 The trailer has been released for the upcoming comedy sequel, Horrible Bosses 2, giving us our first glimpse of the follow-up to the successful and hilarious 2011 movie. Number two (yes, there are poop jokes in the movie) sees Jason Bateman, Jason Sudeikis, and Charlie Day reprise their roles as the unhappy workers who find themselves in even more of a pickle than before.

After having tried to murder their respective bosses in the previous film, Nick, Dale and Kurt are now under three new bosses who are all as equally mean or deranged. The trio decide that they'll start their own business so that they don't have to take orders from superiors ever again.

The new film welcomes Christoph Waltz and Chris Pine but of course, we'll be seeing some familiar faces, such as Kevin Spacey, Jennifer, and Jamie Foxx return in the sequel.

Everything is going well until a cunning investor forces them to lose control of their entrepreneurial plans. The three take advice from a consultant who suggests they'll need to be more ruthless if they want their scheme to succeed: by kidnapping the investor's son and holding him for ransom. Will things finally go to plan? It's unlikely.

Directed and co-written by Sean Anders ('She's Out of My League', 'We're the Millers', 'Dumb and Dumber To'), Horrible Bosses 2 employs the writing talents of John Francis Daley and Jonathan M. Goldstein ('Cloudy with a Chance of Meatballs 2').

Spurred on by Horrible Bosses' largely positive reviews and $210 million box office takings, the second film will include a lot of the same humour and hijinks that made its predecessor so memorable. Nick, Dale & Kurt Have Hatched A New Plan To Be Free Of Their Superiors Forever In 'Horrible Bosses 2.'