Jennifer Aniston and Others Show Up To Celebrate Ben Stiller 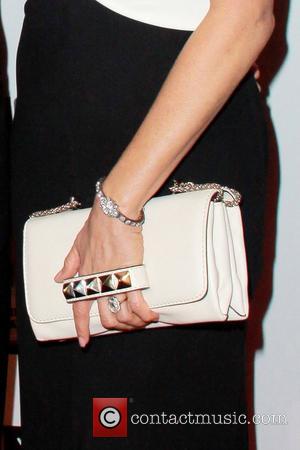 Whether he's being a complete Focker, has semen hanging from his ear, or suffering terribly after eating a curry, Ben Stiller has delighted us all with laugh-out-loud roles and movies for decades (yeah, we are that old! Reality Bites... is almost 20 years old). So it seems apt that he be awarded and congratulated for all that he's done for comedy. On hand to celebrate him personally were celebrity power couple, Justin Theroux, who has worked with Stiller for a long time, and his new fiancée Jennifer Aniston.

Aniston showed off her enormous engagement rock to her friends when they showed up, reports E!. Aniston gave a tribute in person, as well as appearing in her husband-to-be's own tribute, but comedically refusing to comment on the video that Theroux had made, saying that she'd be there in person- which she was, as reported by People. Aniston's own offering was a montage of Stiller's romantic scenes.

Introducing the video she said: "All right, I'm here to introduce what every lady in this room has been waiting for. And that would be Ben Stiller's lover package. Ben's package is surprisingly large, very expansive, and its lasting power speaks for itself. It spans the length of his manhood - from boyish rogue in Reality Bites, to tender husband and father in the Focker flicks." Continuing, "He is adorable. He's sensitive. He's shockingly ripped. And if you don't believe me, I'd suggest pulling out your iPhone and Google-ing 'Stiller Hawaii beach.' Trust me, it's intense." We googled. He's totally ripped.

The whole event was a veritable who's who of the American comedy scene, Cruise, Owen Wilson, Robert Downey Jr., Al Pacino and Noah Baumbach all appeared in Theroux's video, and Will Ferrell and Jack Black made it there in person.