The actress is now rocking a bob 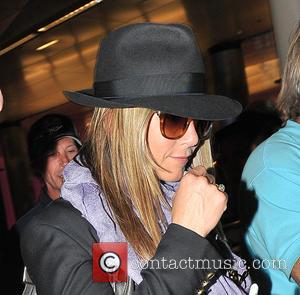 Jennifer Aniston was spotted out and about around Los Angeles this week, going by her business and doing her thing, but there was something noticeably different about her appearance when she was snapped by paps: her hair. The actress was seen rocking a cute new bob and her shortest do in years.

The 44-year-old has cut her hair down to her shoulders - or just dangling above them - in her latest inspired fashion move, as we first saw in photos obtained by X17Online on Monday, 4 November. Her latest hair chop comes courtesy of her long-time friend and hair stylist Chris McMillan, the man who blessed us all with the beloved 'The Rachel' hair-do and plenty of other timeless looks from the actress. Don't worry people, she still looks outrageously hot.

"It's short! It's at my jawline and a little shorter in the back," the actress told PopSugar after she was photographed. She continued, "I was just ready for a change. I was ready for something new, to get it out of my face, so I could have a bit of an easier go at it."

Jen was out doing her thing on Monday when she was spotted with the new do, wearing a pair of aviator sunglasses, her trademark blazer and a pair of loose-fitted jeans, all of which complimented her edgy new look. She spoke again about the new haircut to Vogue on Tuesday, 5 November, revealing that her decision to cut her hair short was "kind of spur-of-the-moment."

"I feel great. I feel lighter," she continued. "It’s simple, it’s really simple, that’s for sure. But I’m always one of those girls who does a big old chop just to get it really healthy, to repair all the (damage from) hair coloring and stuff like that. And I just got bored, honestly. It’s fun to change it up once in a while."