Jennifer Aniston has walked the red carpet for the first time since becoming Mrs Justin Theroux, at the Los Angeles premiere of her new movie, She's Funny That Way. The actress married ‘The Leftovers’ star Theroux on August 5th at a surprise ceremony in the couple's Bel Air mansion, which was officiated by talk show host Jimmy Kimmel. 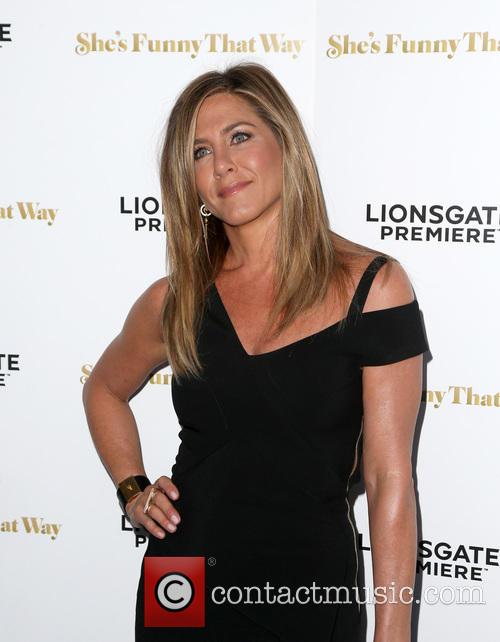 Jennifer Aniston at the Los Angeles premiere of She’s Funny That Way.

Aniston walked the red carpet in a all-black Roland Mouret outfit, wearing her hair long and carrying a small black clutch. Though the actress’ wedding band was visible her engagement ring was having a night off as she showcased her new marital bling.

Speaking to E! News on the red carpet Aniston said it ‘feels quite natural’ to now refer to Justin as her husband. However Justin wasn't able to attend the premiere, with Jennifer revealing that he’s now back at working ‘shooting 'The Leftovers' in Austin.’

The Aniston/Theroux wedding was a star studded affair with guests including Courteney Cox, Ellen Degeneres, Portia De Rossi, Chelsea Handler and Tobey Maguire. After the nuptuials the couple were then said to have enjoyed a romantic honeymoon in Bora Bora which also coincided with Justin’s 44th birthday celebrations.

She's Funny That Way stars Aniston alongside Owen Wilson, Imogen Poots, Kathryn Hahn and Will Forte and is written and directed by Peter Bogdanovich. It centers on a call-girl turned actress (played by Potts) and the intertwined relationships in her life. It first premiered at last year’s Venice Film Festival but hits US theatres on August 21st.