Jennifer Aniston won't speak about her wedding because she had the ''beautiful luxury of having a beautiful private moment and I'm going to be selfish and keep it that way.'' 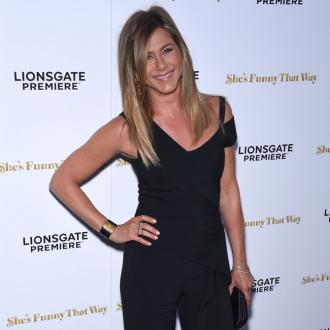 The former 'Friends' star tied the knot with actor Justin Theroux at their Bel Air home earlier this month but wants to keep the details a secret seeing as they managed to keep the wedding under wraps.

Speaking on 'Entertainment Tonight', she said: ''We had the beautiful luxury of having a beautiful private moment and I'm going to be selfish and keep it that way!''

Last week, photos reportedly showing the 46-year-old actress in her wedding dress circulated online, although these were later exposed as fakes and Jennifer has no plan to let people see her in her outfit.

She added: ''I'm not telling you about any of that stuff!''

However, she has been happy to talk about how much she is enjoying married life, saying it feels ''natural'' even though they are now apart as Justin is filming a new movie in Texas.

Asked how it felt to call Justin her husband, she told E! News: ''It feels quite natural. He's shooting 'The Leftovers' in Austin [now].''

Following their nuptials, the couple jetted off on a honeymoon to Bora Bora with pals which she said was ''beautiful,'' adding it was their persona; determination which helped them keep their marriage a secret until after it had happened.