Jennifer Connelly claims there is a pressure for actors to do ''more sexual parts to prove yourself'' as a performer in Hollywood. 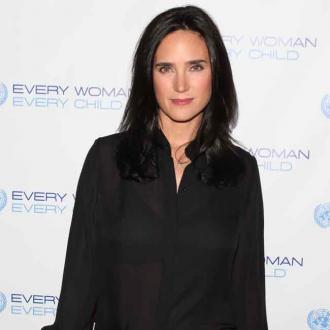 Jennifer Connelly claims you have to do ''more sexual parts to prove yourself'' as an actor.

The 42-year-old actress first entered the acting business when she was just 10 and admits making the transition from a child star to an adult in the industry is difficult because there's a huge pressure to do more mature parts.

Jennifer said: ''Going from child actress to adult acting is also an odd experience. It's as if you have to do grown-up, more sexual parts to prove yourself.''

Jennifer - who became a model from a young age - insists her teenage years were a tough time for her as she didn't feel comfortable with her body and found herself starting to resent acting until she had her first child, Kai, from her relationship with photographer David Dugan.

In an interview with The Sun newspaper, she explained: ''I did not have any thoughts of my own - I did not think I was part of the creative process. I was a pacifier, just wanting to keep the peace. So I got myself into a corner by my later teens - I had a love/hate relationship with acting.

''Becoming happier in our own skin is key. It happens at different times to different women. For me, it was after having my son Kai when I was 26. My figure changed, despite not going on a diet or workout schedule, and I lost weight. But I got happier.''

Jennifer - who has two other children, son Stellan, nine, and 23 month-old daughter Agnes, with her husband of 11 years Paul Bettany - insists she has a passion for acting and when the right part comes along, she jumps at the idea but admits she worries she won't be good enough.

She said: ''When the right script comes along - such as 'Stuck In Love', which had warmth and humour - you think, 'I want to be back doing something like this.