Jennifer Ehle has been cast in Fifty Shades of Grey as Anastasia Steele's mother. She joins Charlie Hunnam and Dakota Johnson as confirmed cast members.

Jennifer Ehle has been cast as Anastasia Steele's mother in Fifty Shades of Grey. The actress is best known for her role as Elizabeth Bennett (starring opposite Colin Firth) in the BBC's 90s production of Pride and Prejudice. She has been cast, The Hollywood Reporter confirmed, as Carla the mother of college student Anastasia who is drawn into an unusual sexual relationship with young, handsome billionaire Christian Grey. Jennifer Ehle has been cast in Fifty Shades of Grey.

The best-selling books, written by E.L. James, are to be adapted into a film due to be released next year. The trilogy follows the romantic relationship between Christian and Anastasia, particularly on his more unconventional sexual habits, namely S&M. The books made E.L. James the biggest earning author last year, according to the Forbes list.

However, the casting decisions for the main characters have already caused uproar amongst fans. Dakota Johnson has been cast as Anastasia and Charlie Hunnam as Christian. A particular fan favourite, out of all those who were chosen, were Matt Bomer (White Collar) and Alexis Bledel (Gilmore Girls). Indeed, some fans were so inscensed they even created a petition which has collected over 86 000 signatures. Charlie Hunnam will star in Fifty Shades of Grey as Christian Grey.

Both Hunnam and Johnson are, compared to some of the other choices, considerably less known. British actor Hunnam has starred in Sons of Anarchy for the past five years. Meanwhile Johnson is from an acting family (she is the daughter of Melanie Griffiths and the step-daughter of Antonio Banderas), she has featured in such films as 51 Jump Street, The Social Network and The 5 Year Engagement.

Sam Taylor-Johnson will be directing. She is primarily a photographer but made her directional debut with the John Lennon biopic Nowhere Boy.

Fifty Shades of Grey is due for release on August 1st 2014. Dakota Johnson will star as Anastasia Steele in the upcoming film. 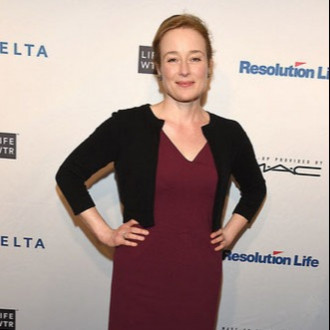