The 41 year-old actress is angered that focus is being taken away from the biography's original aim: "This book is about my journey with celiac disease and only that." 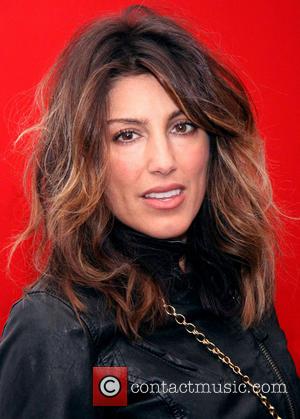 This wasn't the reaction Jennifer Esposito was hoping for.

The actress's autobiography, 'Jennifer's Way', is causing quite the stir after she blasts one of her ex-boyfriend's by branding him a "master manipulator."

In the book, Esposito recalls being asked out by a man and even though there were "an entire marching band squad of red flags," she went ahead anyway.

The 41 year-old actress said this nameless man was "funny, smart, cocky, arrogant, and a master manipulator. I didn't necessarily find him that attractive, but I figured that I could enjoy his sense of humor and nonsense for a while."

Adding, "We had fun, but he also had a mean, cold side. His personality could flip on a dime."

Since this passage from the upcoming memoir was released, there is much speculation regarding who this former flame is, with many people believing it to be Bradley Cooper, whom she was married to from 2006 until 2007.

But Esposito refuses to name the ex, and since the full title of her biography is 'Jennifer's Way: My Journey with Celiac Disease - What Doctors Don't Tell You and How You Can Learn to Live Again,' she is angered that this has stolen the focus away from her original aim, which was to recount her struggle with the illness.

"This book is about my journey with celiac disease and only that," Esposito said in a statement, via People. "To refer to anything other than the subject at hand or to make this book about anything else is an insult to me and this disease that plagues so many."

Jennifer's memoirs will be published on 29th May.