Jennifer Garner is being honest with kids

Jennifer Garner isn't ''sugarcoating'' her split from Ben Affleck for their three children and has been ''honest'' with them about the difficult situation. 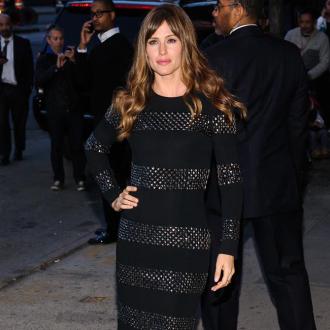 Jennifer Garner isn't ''sugarcoating'' her split from Ben Affleck for their three children.

The 43-year-old actress, who announced plans to divorce the 42-year-old actor in a joint statement last week after 10 years of marriage, has reportedly been ''honest'' with their two daughters, Violet, nine, and Seraphina, six, and three-year-old son Samuel about the difficult situation.

A source close to the 'Dallas Buyers Club' star said: ''She's such a good mom and she's honest with them - she's not sugarcoating this.''

But Jennifer is doing everything she can to make their children feel as secure as possible and is putting on a brave face at home.

The insider told PEOPLE magazine: ''Her strength is what made her who she is. She has risen up in this situation. It's unbelievable.''

The former couple flew to the Bahamas with their family shortly before confirming their separation following months of rumours their marriage was in crisis, and plan to continue living on the same property in the Pacific Palisades, California for the foreseeable future.

The source added: ''They will do whatever is needed so their children are happy and well-adjusted.''

The pair decided to end their relationship after having a ''candid conversation'' during which the 'Gone Girl' actor admitted he hadn't been ''committed to the marriage in the last few years.''

The source close to Jennifer added: ''There comes a time when enough is enough.''