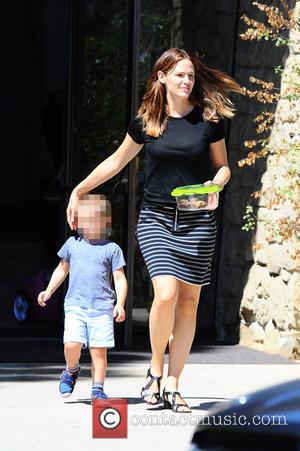 The Dallas Buyers Club star has been keeping a low profile since announcing her separation from her husband of 10 years in June (15), but she stepped back into the public eye on Friday to lend her support to the Think It Up fundraiser, aimed at improving the education system across the U.S.

The event, which was broadcast live, also featured appearances by celebrities including Scarlett Johansson, Matthew MCConaughey, Kristen Bell, Taylor Lautner, Jeremy Renner, Justin Timberlake, Jason Bateman, Joe Manganiello, J.K. Simmons and will.i.am, while performances came from pop superstar Bieber, country singer Kacey Musgraves, and rapper Big Sean, who moved the studio audience with his track One Man Can Change the World and delivered an impassioned speech about the impact his late grandmother, a World War Two veteran and one of the first female police officers in Detroit, Michigan, had had on society.

He told the crowd, "My grandmother used to tell me, 'One man can change the world, one man meaning one person.' Maybe you have a grandma, a teacher, a family member that always told you that you could do anything. I'm telling you not only can it happen, it's meant to happen."

Soul legend Stevie Wonder also joined forces with comedian James Corden to film a video of the British late night host's popular Carpool Karaoke segment from his The Late Late Show for the event, singing along to his hit Isn't She Lovely.

The charity bash was organised by officials at the Entertainment Industry Foundation, the same people behind the Stand Up to Cancer telethons.