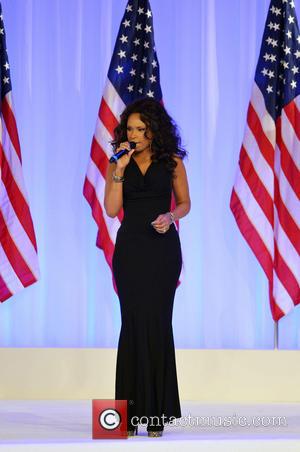 The league and footballers have been involved with the school and the community in various ways including Giants wide Victor Cruz visiting the family of Jack Pinto, a 6 year old boy who was killed during the tragic shooting in December. Jack was a big fan of Cruz and the Giants, he was even buried with a No. 80 Giants jersey - Cruz's number.

Players have also been supporting the school by wearing 'S.H.E.S.' stickers on helmets, holding moments of silence at games and making donations to relevant causes. The league are flying the children from the school and their families all the way to New Orleans whose performance will be broadcast just before Alicia Keys sings the national anthem, prior to the game beginning.

As FoxNews reports, Brian McCarthy, an NFL spokesman confirmed that Jennifer Hudson, a singer who has won both a Grammy Award and an Oscar, will join the children during the chorus of their rendition of America the Beautiful.

The children of Sandy Hook have also recorded a version of Somewhere Over the Rainbow which is available for sale, and all proceeds going to United Way of Western Connecticut and the Newtown Youth Academy.