Elisabeth Rohm says it was ''intoxicating'' working with Jennifer Lawrence after starring alongside the screen beauty in 'American Hustle'. 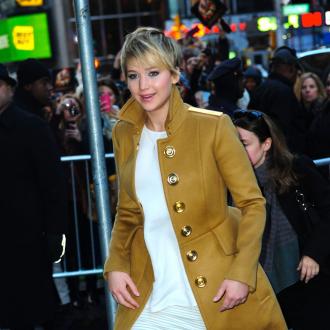 Elisabeth Röhm says it was ''intoxicating'' working with Jennifer Lawrence in 'American Hustle'.

The 40-year-old actress plays Dolly Polito in David O Russell's hit film alongside the blonde beauty who stars as a drunken housewife Rosalyn Rosenfeld, and she found the 23-year-old beauty is an ''old soul'' who is also extremely professional in the way she carries herself when in character.

Talking to parade.com, she said: ''She's [Lawrence] an old soul.

''She has such a command of herself, such maturity and power, that it's intoxicating to work with her.''

The Oscar-winning actress explained: ''It's all character-driven. Everything, all of it. The costumes, the lighting is all 360 so that we never stop, so there never is my close-up, your close-up. All of it is so real.''