The Hunger Games: Catching Fire is drawing ever closer for fans of the franchise. 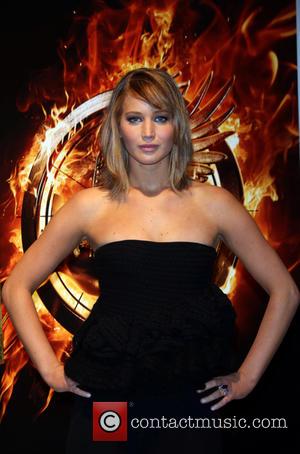 The Hunger Games: Catching Fire press conference was perhaps the biggest event to hit Comic-Con over the weekend, with Jennifer Lawrence, Josh Hutcherson, Liam Hemsworth, Lenny Kravitz and Jena Malone turning out to present a brand new trailer for more than 6,000 fans.

Lawrence, who scooped the Oscar for Best Actress in February, is fast becoming one of Hollywood's most amiable stars. Her youth and slouchy attitude to fame allows her to connect perfectly with the franchise's audience and she brought her A-game to California.

When discussing training for the stunts she performs in the movie, Lawrence quipped that "the hardest stunt is probably still just basic running," to laughter in the hall.

She added that she runs "weird" and had a running coach for the movie. "Running and trying not to hit myself in the face with my bow, those were my two greatest challenges," she added.

As expected, the cast debuted a brand new trailer for The Hunger Games: Catching Fire, which provides a closer look at Sam Claflin and Philip Seymour Hoffman's new characters in the sequel, as well as a 'wedding' scene between Lawrence and Hutcherson during which he actress wears a traditional gown.

"I'm not good at walking in giant dresses, as we know," quipped Lawrence, referring to her tumble at the Academy Awards.

The Hunger Games: Catching Fire is scheduled for release on November 22, 2013.