"It Feels Weird To Do A Movie Without Him," Jennifer Lawrence Gushes Over Bradley Cooper 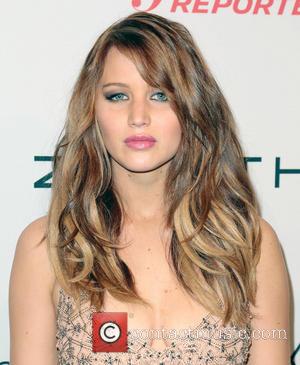 Jennifer Lawrence has been gushing about her Silver Linings Playbook co-star Bradley Cooper, to Collider.com and frankly it hasn’t done anything to dispel those myths that her and Bradley are an item. OK, so they’ve both denied the rumours. Vehemently. But we like a good on-screen off-screen romance and these guys have had more than one opportunity at it, so we’re clinging on to any sign they give us.

Talking about working with Cooper twice, Lawrence explained that it was simple: they both enjoyed filming Silver Linings Playbook so much, that they decided they needed to do it again. So they did. They filmed Serena together. No romantic twist of fate, Jennifer simply orchestrated the whole thing. “We did a movie together, and we were like, “This was awesome! We should totally do another movie together!” And then, another movie came along,” Jennifer surmised. “Bradley and I were on the set of Silver Linings, and I was attached to a movie called Serena. We were both saying, “This was really fun! We should do this again!” They were looking for a male lead on Serena, so I was like, “Do you want to read this?” And then, a few months later, he was cast.” Easy!

Now, she confesses, “it feels weird to do a movie without him.” Okay, so that’s not exactly a confession of an affair, but it’s all we’ve got. Do we really have to drop the rumours? Really?