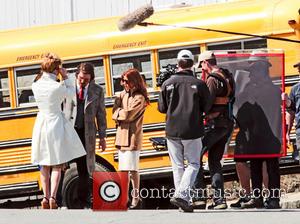 Picture: Jennifer Lawrence, Christian Bale and Amy Adams - The 1970s-set true story of a con artist and his partner in crime, who were forced to...

The annual list of Time magazine’s 100 most influential people is being published this week, previewed today (April 18, 2013) on USA Today. This year, the magazine will be publishing seven different covers, each with a different person on the front. On the domestic issues, Jennifer Lawrence, Jay-Z, Elon Musk (CEO and founder, SpaceX; co-founder, Tesla Motors and PayPal), Sen. Rand Paul and teen activist Malala Yousafzai each landed a slot, whilst the international covers were split between Aamit Khan and Li Na.

Each of the people on the list is profiled by another celebrity or well-known figure. Jodie Foster wrote about Jennifer Lawrence, saying “You'll remember where you were when you first felt it, how you were stuck to one spot like a small animal considering its end. The Jennifer Lawrence Stare. It cuts a searing swath in your gut. A reckoning. I remember going to the cutting rooms of Winter's Bone. I thought, Sure, this girl can act. But, man, this girl can also just be." The comic actress Mindy Kaling was profiled by her Office co-star Ed Helms, who said “Mindy Kaling embodies the trifecta of being brilliant, wonderful and hilarious. Because that is statistically impossible, it can mean only one thing: she was created by an evil scientist to lull us into a giddy stupor in order to control our minds. … To be made fun of by Mindy is to feel special. I've learned so much from working alongside her, and I'm proud to call her a friend. I just wish she hadn't been created by an evil scientist.”