Jennifer Lawrence and Chris Martin's relationship ''is solid'' again, but they are taking things slowly. 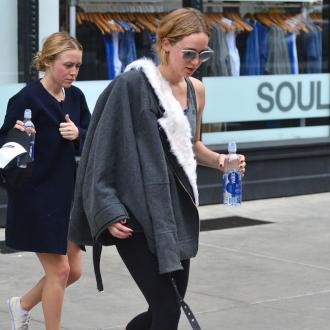 The 'Hunger Games' star and the Coldplay frontman, who split up in October, are officially back together, but are taking their romance slowly.

A source close to the couple told PEOPLE magazine: ''Even though they are busy, the relationship is solid. They see each other when they can.''

The duo first sparked rumours they'd rekindled their relationship when they were photographed having dinner at a sushi restaurant in Studio City, California last week.

The 24-year-old actress broke up with Chris, 37, because she couldn't understand his close friendship with estranged wife Gwyneth Paltrow, 42, with whom he has daughter Apple, 10, and son Moses, eight, but has now comes to terms with their situation.

The insider said: ''Jennifer understands that the children come first with Chris and that his relationship with Gwyneth is based around the family and will always be a part of his life. Things are good between them.''

''I feel like it's, in a way, the relationship we were meant to have.''