Jennifer Lawrence and Chris Martin move in together?

Jennifer Lawrence and Chris Martin have sparked rumours they're preparing to move in together after friends have noticed the actress has been spending a lot of time at the rocker's home in Malibu recently. 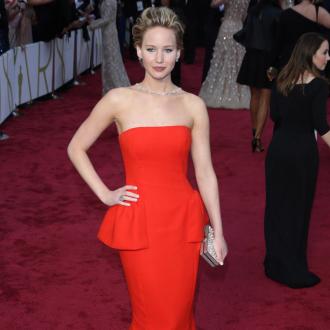 Jennifer Lawrence and Chris Martin have ''pretty much moved in together.''

The couple - who have been dating since late June - have been ''inseparable'' over the past few months and have been spending a lot of time at the Coldplay frontman's £10 million home in Malibu, California.

A source told the Daily Mirror newspaper: ''This is it for Chris. He adores her and they've become inseparable. She has pretty much moved in.''

The 37-year-old rocker split from his wife Gwyneth Paltrow, with whom he has Apple, 10, and Moses, eight, in March following 10 years of marriage and was initially hoping to patch things up with the blonde beauty, but has reportedly changed his mind after falling for the 'Hunger Games' actress, 24.

The source explained: ''Chris is in love. There was a chance of working things out with Gwyneth, but not any more. It seems likely that Chris and Gwyneth will soon formally divorce. It would be fair to say Jennifer has more than a few belongings at his place.

''It's early days but friends are getting excited about a potential wedding - it's that serious.''

Meanwhile, Jennifer and Chris are yet to comment on their relationship status but the stunning star appeared to confirm their romance after she turned up a two of his concerts this week to show her support.