Jennifer Lawrence And Chris Martin Have Reportedly Parted Ways For A Second Time. 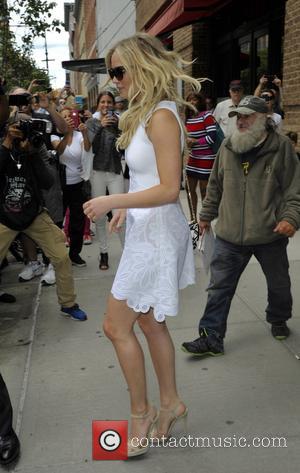 The couple began dating a year ago (Jun14), but split in October (14). They rekindled their romance and had been spotted together in the last few months.

However, it seems the relationship has come to an end again due to time commitments.

A source tells Us Weekly magazine, "Jen has been working non-stop and they never saw each other."

Following the split, Lawrence has reportedly been spending time with her ex-boyfriend Nicholas Hoult after the former couple posed for an Instagram picture with X-Men director Bryan Singer while filming their new movie X-Men: Apocalypse.

The source adds,"They're on great terms now and their families have stayed close."

It is not clear if Hoult and Lawrence will appear together at next week's (beg06Jul15) Comic-Con convention in San Diego, California, where an X-Men celebration is being planned.