Jennifer Lawrence and Chris Martin hang out ''when they can'' despite rumours the on/off again couple had ended their romance. 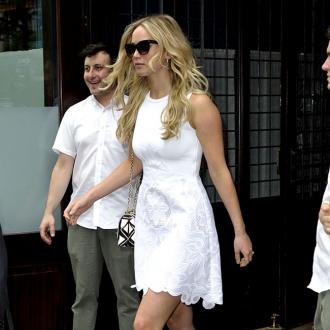 Jennifer Lawrence and Chris Martin hang out ''when they can.''

The on-again, off-again couple, who started dating last summer following the Coldplay frontman's split from ex-wife Gwyneth Paltrow in March 2014, are reportedly ''still very interested in each other'' despite recent rumours they ended their romance for good.

A source close to the pair, who were spotted strolling around arm in arm in Central Park in New York City last weekend, said: ''Jen and Chris have been busy but are still very interested in each other.''

The 24-year-old Oscar winner has been busy shooting her upcoming film, 'X-Men: Apocalypse' in Montreal, Canada in recent months, sparking speculation she has been reconnecting with her ex-boyfriend and co-star Nicholas Hoult, but insiders insist she sees Chris as often as possible.

The source told PEOPLE: ''They get together when they can.''

Another insider recently revealed Jennifer is looking for a new home in New York to share with Chris and his children, Apple, 11, and Moses, eight.

The 'Hunger Games' actress has been house-hunting in the trendy Tribeca district and is looking for somewhere with at least three bedrooms so there is enough space for them all to stay.