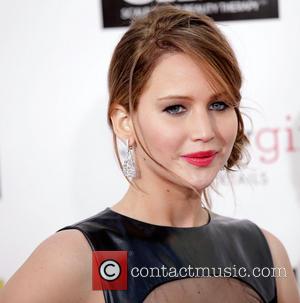 Say it ain't so! Jennifer Lawrence and boyfriend Nicholas Hoult have called time on their relationship it seems, with US Weekly reporting earlier today that the two had in fact split.

The pair have been together for the past two years, having met one another on the set for the film X Men: First Class (coincidentally playing lovers in the film). Despite a positively gushing statement from Lawrence in last December's (12) Elle magazine in regards to her love life, things have taken a turn for the worse in their relationship it seems and have called it a day.

Although US Weekly offers no details on why the former flames have ended things, but as of yet no-one from either camp Lawrence or camp Hoult have come forward and refuted the claims. In last month's Elle, cover-star Lawrence was questioned on her relationship and said quite reassuringly:"[My boyfriend] is honestly my best friend, and hopefully I’m his best friend too. He’s my favorite person to be around and makes me laugh harder than anybody.”

So what went wrong?! We're already out of ideas over here, but things really don't stay secret in this business for too long so chances are we'll be finding out soon enough. Meanwhile, the two are set to begin filming on the follow-up to the X Men prequel, so things should be nice and awkward for them when that starts at least.