Stop the presses! JLaw and Nicholas Hoult were seen together again! 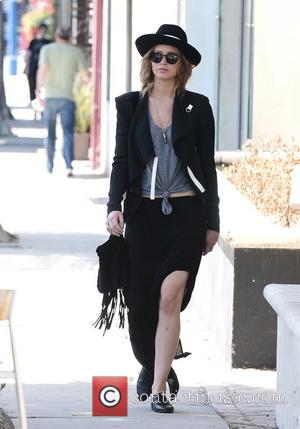 The blogs are all atwitter with news of Jennifer Lawrence dating her ex-boyfriend Nicholas Hould again. The reason? The two shared what People magazine described as “a cozy dinner”. Naturally, with the couple’s split just three months ago, still fresh in everyone’s mind, people started wondering. "They arrived together," an observer told the magazine. Which tells us nothing really, since people, who have dinner together, tend to arrive together as well. But everyone is hoping that the couple have rekindled their romance, if only so that we get to hear some more adorable gushing from Lawrence on her beau. Last summer, Lawrence said of her then-boyfriend: "[My boyfriend] is honestly my best friend, and hopefully I'm his best friend, too. He's my favorite person and he makes me laugh harder than anybody."

How cute is that? Of course, it's probably too early to start speculating about a reunion, but still. Now would be the perfect time for a lovey-dovey reunion as well, since both the Hunger Games star and the Warm Bodies actor are filming the X-Men sequel, X-Men: Days of Future Past. Lots of time, on set, together, in really tight outfits… do you see where we’re going with this? But anyway, nothing is official just yet and sometimes, a dinner date is just a dinner date. Rekindling old romances is definitely in this season.