Jennifer Lawrence obviously liked working with Gary Ross as she is set to team up with the director once again in a film adaptation of 'East is Eden'. 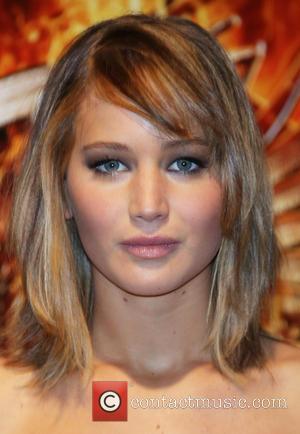 Jennifer Lawrence has signed on to star in a film adaption of the 1952 novel 'East of Eden' that was originally written by American author John Steinbeck.

Deadline reports the 23 year old actress is reteaming with 'The Hunger Games' director, Gary Ross, who parted ways with entertainment company Lionsgate after the first instalment of the science fiction franchise. Universal Pictures are behind the novels transformation to the big screen as Brian Grazier and Image Entertainment will produce, with Anna Culp as executive producer.

The novel is set in Salinas Valleys California, just before the beginning of World War I and follows the path of two families, the Trasks and the Hamiltons, who loosely depict the biblical tale of Adam and Eve and the vicious rivalry of Cain and Abel.

A film adaption has already been made of the book back in 1955, starring a young James Dean and Richard Davalos as two brother who competed for their father's affection. The movie was directed by Elia Kazan and only focused only on the second half of the novel.

Lawrence will play the role of Cathy Ames, the curliest character in the novel, a mother to the two boys she abandons and the estranged wife of the brutally murdered famer, Adam Trask. A person who takes pleasure in tormenting and destroying others and is described as having a "malformed soul".

The role isn't the most important in the novel which may lead to confusion into why such a high profiler actress has agreed to do it, but Lawrence has expressed a desire to work with Ross again and given her busy schedule, she will take the first opportunity that arises.

Universal do not have a script yet and it is unclear if Ross will write one himself or work with a writer.

Ross is next expected to direct 'Peter and the Starcatchers', whereas Lawrence is presently shooting the first part of 'The Hunger Games' third instalment, 'Mockingjay-Part 1' which is set for release on November 21st 2014.