Jennifer Lawrence Gets The Hunger Games 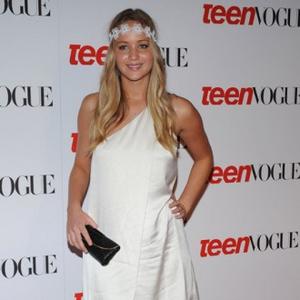 Jennifer Lawrence has won the lead role in 'The Hunger Games'.

The 'Winter's Bone' actress has beaten off stiff competition from the likes of Abigail Breslin, Emma Roberts and Chloe Moretz to take the part of Katniss, a girl who joins a survival contest to save her community.

Jennifer - who was nominated for a Best Actress Oscar this year - signed The Deal earlier this week after a week of speculation she was the chief contender for the part, The Wrap reports.

'The Hunger Games' is based on a series of novels of the same name by Suzanne Collins.

It is set in a future time when teenagers are selected by a lottery system to compete to the death in a series of games put on for others.

British star Alex Pettyfer is believed to be the leading contender for the male role.

Jennifer most recently completed work on the sci-fi prequel 'X-Men: First Class', where she plays Mystique, and she will also be seen in 'The Beaver' with Mel Gibson and Jodie Foster.