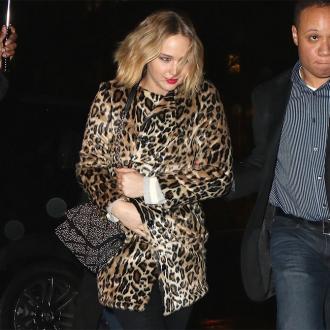 But a source told E! News that Gabe, 35, is actually dating the Oscar winner's best friend.

An insider previously told the New York Daily News that the actress and Gabe ordered pizzas twice during their time together, saying: ''They ordered a couple of pizzas and about 30 minutes later another delivery man came with more pizza.

''They definitely weren't in there reading scripts. They were having a good time.''

Gabe also recused Jennifer's dog when it ran out onto the street outside his house.

The 24-year-old star, who split from Coldplay frontman Chris, 37, in late October after almost five months of dating, departed the property later that night.

Another insider previously claimed Jennifer has been growing close to her ex-boyfriend Nicholas again over the past few weeks.

The source said: ''Their relationship is getting closer and his family would love for them to get back together.

''He still adores Jennifer and so do his family.

''He's been calling her and they've been speaking regularly on Skype.''