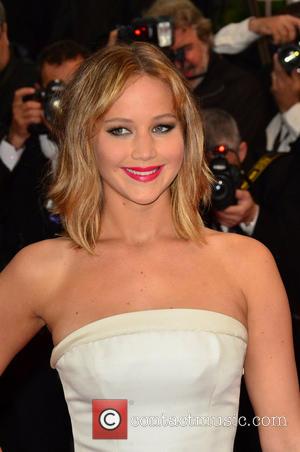 Oscar winner Jennifer Lawrence sparked pregnancy gossip on Friday (08Nov13) when she mistakenly suggested she was suffering from morning sickness while making The Hunger Games sequel.

The actress was being interviewed with co-star Josh Hutcherson in Los Angeles when she got her words mixed up - and even left the actor stunned.

Asked about her toughest stunt in the film, Catching Fire, Lawrence recalled one tumbling scene with Jena Malone, and said, "We had a real spinning cornucopia that was going about 30 miles per hour and Jena and I had our morning sickness bracelets on. So that was hard trying to keep your cookies down during that situation."

Hutcherson quickly interrupted her saying, "Morning sickness or motion sickness? If there's something you wanna tell me, maybe now is not the best place!"

Lawrence, who is dating British actor Nicholas Hoult, immediately realised what she had done and chuckled, "I meant motion sickness. My publicist is gonna be like, 'And that's what I'm gonna be dealing with for the next 24 hours!'"