Jennifer Lawrence is house-hunting in New York and wants a property big enough to have boyfriend Chris Martin and his kids come to stay. 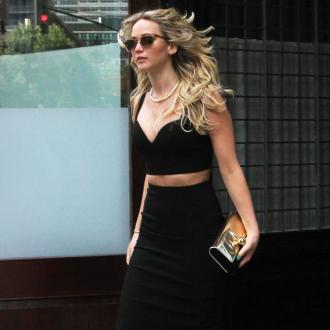 Jennifer Lawrence is looking for a home to share with Chris Martin and his children.

The 'Hunger Games' actress has been house-hunting in New York's Tribeca district and insiders told the New York Daily News newspaper that the 24-year-old beauty is looking for somewhere with at least three bedrooms so there is enough space for the Coldplay frontman and his kids Apple, 11, and nine-year-old Moses - who he has with estranged wife Gwyneth Paltrow - to stay.

That property would cost her $15 million, but she has also cast her eye over some cheaper properties.

The 'Silver Linings Playbook' actress has also looked at two other apartments in the area - one priced at $10 million and the other $9 million - and all three properties are within walking distance of the penthouse apartment where Gwyneth lives.

If Jennifer purchases the converted factory property, her neighbours will include 'Shake It Off' hitmaker Taylor Swift and Jay Z and Beyonce.