Forbes magazine's list of highest earning actresses has been topped by Jennifer Lawrence, who made $52 million last year. 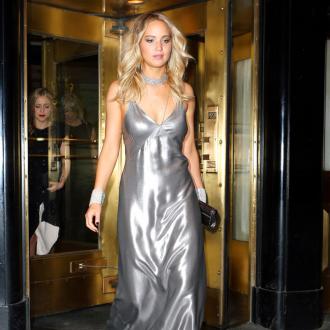 As well as her roles in the 'Hunger Games' and 'X-Men' franchises, Jennifer also has a lucrative modelling contract with Dior, which helped boost her earnings.

Her staggering wage is far more than second-placed Scarlett Johansson, who earned $35 million, and 'Bridesmaids' actress Melissa McCarthy, who brought home $23 million, largely thanks to her new clothing line.

This year marked the first time Forbes considered actresses from around the globe, ensuing a new entry in fourth place.

Chinese actress Bingbing Fan - who can be seen alongside Jennifer in 'X-Men: Days of Future Past' - earned $21 million, while Jennifer Aniston rounded out the top five with $16.5 million.

Anne Hathaway and Kristen Stewart completed the top placings on the list, tying for ninth spot with $12 million each.