Jennifer Lawrence refuses to be hungry

Jennifer Lawrence refuses to be hungry 'to make other people happy' and has slammed the E! series 'Fashion Police' for judging people for their appearance. 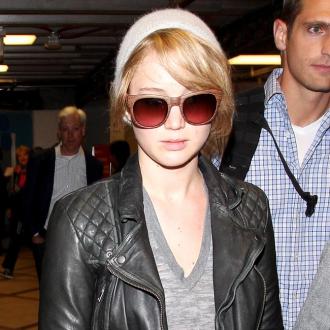 Jennifer Lawrence refuses to be hungry ''to make other people happy.''

The 'Hunger Games' actress, who recently chopped off her long blonde locks in favour of a pixie cut, has also slammed Joan Rivers and Kelly Osbourne's E! series 'Fashion Police' for judging people for their appearance.

Speaking in a Yahoo! fan Q&A, the 23-year-old star said: ''The world has this idea that if you don't look like an airbrushed perfect model. You have to see past it. You look how you look, you have to be comfortable.

''What are you going to do? Be hungry every single day to make other people happy? That's just dumb.

''There are shows like 'The Fashion Police' that are just showing these generations of young people to judge people based on all the wrong values and that it's OK to point at people and call them ugly or fat.

The 'Silver Linings Playbook' star recently revealed her New Year's resolution for 2014 is to learn how to be more assertive without upsetting other people.

She said: ''My New Year's Resolution is to stand up for myself. It's hard for me. Nobody wants to be disliked. You always want to be polite and be nice. I tried to find a balance in saying what I mean and still being nice. I can't do it. I have this 'okay' attitude and everything. I end up allowing myself to get walked over and resenting it.''