Jennifer Lawrence was terrified of shooting an argument with Robert De Niro for 'Silver Linings Playbook' so was relieved when the scene went well. 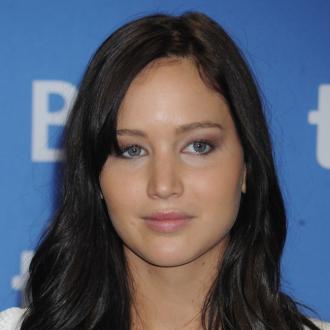 The actress stars opposite the veteran actor and Bradley Cooper in 'Silver Linings Playbook', and was mortified when she learned she'd have to film a heated argument with the Hollywood legend.

She explained to The Guardian newspaper: ''Oh, that was nerve-racking. I had a habit of never looking at what scene we were doing next. But then the night before I looked ahead and thought, 'Oh my God, I've got to act against Robert De Niro. But it was fine.''

The 22-year-old star - who was nominated for a Golden Globe for her role as unstable widow Tiffany Maxwell in the film on Thursday (13.12.12) - praised the 'Taxi Driver' actor for being down-to-earth.

She added: ''He's the nicest man in the world. He's actually very quiet. When he does pipe up, people listen.''

Jennifer will star in another movie with Bradley, 37, called 'Serena' next year.

She said: ''I was actually in that before starting 'Playbook', but we were still looking for the male lead. So one day I mentioned it to Brad and said, 'Do you want to do it?' and he shrugged and said, 'OK'.''