Jennifer Lawrence's ex-boyfriend is a hacker

Jennifer Lawrence's ex-boyfriend - whom she dated when she was just 12-years-old - has confessed he is a computer hacker, following the leak of nude photos of his ex earlier this year. 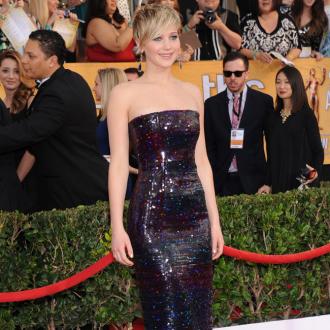 The 24-year-old actress spoke out against hacking earlier this month after a number of explicit images were stolen from her iCloud account and posted online, but her former boyfriend, Brad Jackson, has now confessed he is in the same business.

The 23-year-old supermarket employee - who dated 'The Hunger Games' actress when they were both just 12-years-old growing up in Louisville, Kentucky - said of the violation of her privacy: ''She's the type of person who would have done a nude scene but would've wanted to make the decision on her own.

''The fact a hacker did it [leaked the pictures] was pretty s**tty - but that's the kind of field I'm in.''

Brad - who has a degree in computer network systems - claims he's seen an image that suggests the hacker who posted Jennifer's pictures could be set to do even more damage.

He told The Sun on Sunday newspaper: ''I saw a screenshot of his desktop and supposedly there's a folder of stolen videos.''

Despite seeing first-hand the distress hacking can cause, Brad - who claims he is only a ''grey hat'' hacker, someone who will act illegally but without malicious intentions - admits he has considered becoming a criminal ''black hat'' hacker because of the cash benefits.

He explained: ''I'm so tempted to go into the illegal part and make more money. I did stuff that'd probably put me in prison ... I destroyed a lot of computers, put it that way.''

Jennifer - whom Brad describes as ''not your everyday pretty girl'' - branded the image leak, which has also seen nude photos of Rihanna and Amber Heard posted online, as a ''sex crime''.

''Anybody who looked at those pictures, you're perpetuating a sexual offence. You should cower with shame.''