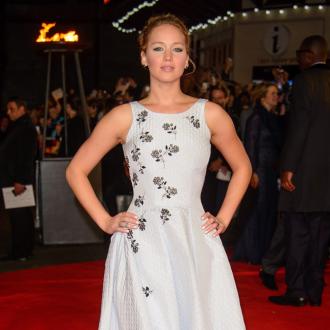 Jennifer Lawrence wants to keep her relationship with Chris Martin ''under wraps''.

The 'Hunger Games' star is reportedly keen on keeping her romance with the 'A Sky Full of Stars' hitmaker private after seeing how things were for Chris' former wife Gwyneth Paltrow.

A source told X17 Online: ''She's really into Chris - she just wants to keep their relationship under wraps because she saw what happened with Gwyneth and she doesn't want that kind of press.''

The pair were spotted leaving the U2 concert on Saturday (30.05.15) night alongside the band's frontman Bono as they headed to Chateau Marmont for an after party and were keen to avoid being photographed.

Meanwhile, a source previously claimed the pair are ''happier than ever'' and have no problems working around their globetrotting lifestyles.

An insider said: ''Both have full plates and they like it that way. They see each other when they can, yet each continues to do their own thing. They respect each other immeasurably.

''[They] are happier than ever. They have been spending a lot of time together.''

Chris is still on good terms with Gwyneth, with whom he has 10-year-old daughter Apple and nine-year-old son Moses.