Jennifer Lawrence was reportedly left starstruck by Justin Bieber after being introduced to him at Cannes Film Festival last week. 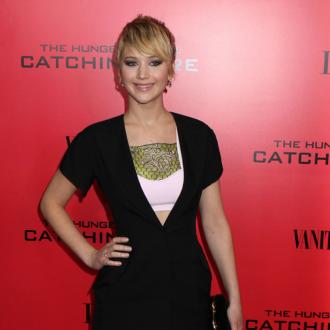 Jennifer Lawrence was starstruck when she met Justin Bieber.

'The Huger Games' actress reportedly fawned over the Canadian star when she was introduced to him at Vanity Fair's 100-guest dinner at the Hotel du Cap Eden Roc during the Cannes International Film Festival last week.

An eyewitness told Us Weekly magazine: ''[Jennifer] was dying to meet him. She told him she's a big fan - and that she finds him cute.''

Robert Pattinson was also spotted hanging out with Justin, who was on his best behaviour at the event and was ''very nice'' to all the guests.

It's not the first time 23-year-old Jennifer has been left in awe of an A-lister.

Earlier this year, the stunning actress was lost for words when she came face-to-face with 'Homeland' star Damian Lewis, who plays Nicholas Brody on the hit show.

Jennifer - who is a huge fan of the drama - also claimed she felt like her ''heart fell out'' after learning his character had died.