Jennifer Lawrence says she plans to get her 'Silver Linings Playbook' co-star Bradley Cooper a book with pictures of her friends so he can choose who he wants to date. 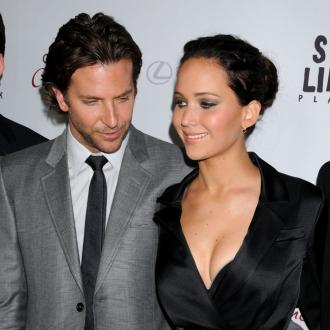 Jennifer Lawrence wants to set Bradley Cooper up with her friends.

The 22-year-old actress joked she plans to get her 'Silver Linings Playbook' co-star a book with pictures of her friends so he can choose who he wants to date.

She told MTV: ''I feel like all I've been doing lately is setting him up. I was like, 'You know what? I'm gonna save time and just get you a booklet with pictures of my friends. You just go through and pick them out, because this is getting exhausting.'''

Jennifer - who split from Nicholas Hoult in January after two years of dating - admitted reports of her dating Bradley, 38, are ridiculous and says she often gets linked to her co-stars.

She added: ''My publicist told me that a magazine was going to say I was having a thing with either ['The Hunger Games: Catching Fire's] Sam Claflin or Bradley, and I got to choose. And I chose Bradley because I love Sam's fiancee [actress Laura Haddock] so much. Sam is so sweet. So sweet that he's almost not hot anymore.''