Hollywood star Jennifer Lawrence is to play a central role in 'X-Men: Apocalypse'. 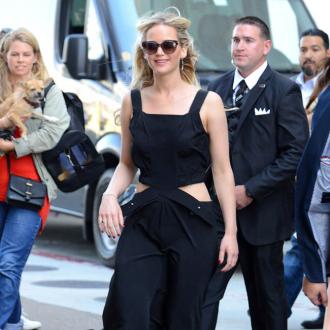 Jennifer Lawrence is to take centre stage in 'X-Men: Apocalypse'.

The 25-year-old actress' on-screen character Mystique will play the key role in the much-anticipated new sci-fi movie, according to the first official plot synopsis.

It reads: ''Since the dawn of civilisation, he was worshiped as a god. Apocalypse, the first and most powerful mutant from Marvel's X-Men universe, amassed the powers of many other mutants, becoming immortal and invincible.

''Upon awakening after thousands of years, he is disillusioned with the world as he finds it and recruits a team of powerful mutants, including a disheartened Magneto (Michael Fassbender), to cleanse mankind and create a new world order, over which he will reign.

''As the fate of the Earth hangs in the balance, Raven (Jennifer Lawrence) with the help of Professor X (James McAvoy) must lead a team of young X-Men to stop their greatest nemesis and save mankind from complete destruction.''

The new movie, which is set to open in May next year, is scheduled to be Jennifer's last movie with the franchise.

However, her ex-boyfriend and co-star Nicholas Hoult previously revealed he'd like to continue with the series, even though he's only committed to one more movie.

He said: ''This is the last one I'm signed up for.

''The first one did so well and ['X-Men: Days of Future Past'] got received so brilliantly. I have a good time playing [Beast] so I'd keep making them.''