Jennifer Lawrence was anxious as a child

Jennifer Lawrence admits she was an anxious child and ''never did anything wrong'' because she was too scared. 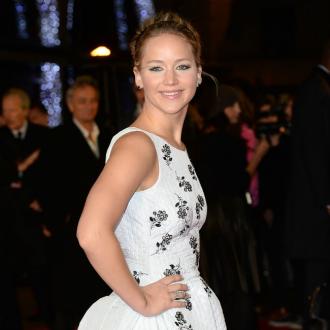 Jennifer Lawrence admits she was an anxious child.

The 'Hunger Games' actress claims she ''never did anything wrong'' or caused trouble for her parents because she was too scared.

The blonde beauty, who previously vowed to never go on a drastic diet for a role, is often surprised when she sees herself on screen.

She told ITV's 'Good Morning Britain': ''I have just such like an idea of myself where I'm just like a Victoria's Secret model, all the time and when I see the truth, I'm just like, 'What?'

''You should see what I look like in my mind. I have reverse Body Dysmorphia.''

Jennifer, whose relationship with Coldplay frontman Chris Martin, 37, is rumoured to be back on, previously insisted there is too much pressure placed on actresses in Hollywood to look a certain way.

She said: ''I just think it should be illegal to call somebody fat on TV.''