Jennifer Lawrence has fallen victim to hackers for the second time after more nude photos of the star were leaked on the internet yesterday (26.09.14). 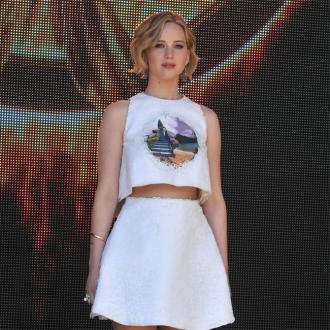 More nude images of Jennifer Lawrence have been leaked online.

The 'American Hustle' actress - who fell victim to hackers posting nude photos of her on the internet last month - has been targeted again with a further 55 x-rated images of the star being posted on websites 4Chan and Reddit yesterday(26.09.14).

The latest round of explicit images is also thought to include shots of model Cara Delevingne and actress Anna Kendrick - although the 'Pitch Perfect' star is said to be clothed in the leaked photos of her at a private party, reports The Daily Beast.

Jennifer, 24, has reportedly found comfort from an unlikely source following the scandal with her rumoured boyfriend Chris Martin's spouse, Gwyneth Paltrow - who ''consciously uncoupled'' from the Coldplay frontman earlier this year.

The 42-year-old actress has reportedly become a ''shoulder to cry on'' for the young star after sending her a message of sympathy following the release of the nude pictures.

A source told the Daily Star: ''When the leaked pictures came out, Jennifer was obviously horrified.

''Gwyneth sent Jennifer a message of sympathy and ever since then Gwyn has been a shoulder to cry on for Jennifer.

''Gwyn's been there and done that, and knows how to deal with the pressures of fame.''