Jennifer Lawrence Is The Inspiration Behind Coldplay's Upbeat New Single, According To A Report. 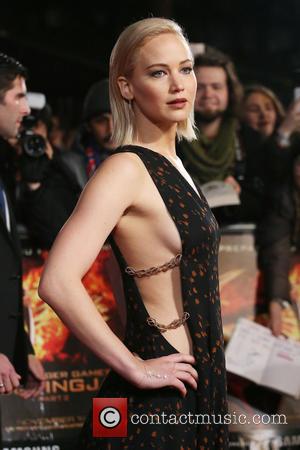 Editors at British newspaper The Sun report the band's latest track, Adventure of a Lifetime, is a nod to frontman Chris Martin's relationship with The Hunger Games star.

Chris, who split from wife Gwyneth Paltrow in their infamous "conscious uncoupling" last year (14), dated Jennifer on and off for most of 2015.

Chris also hints at the Hollywood star reigniting his passion for life, singing, "Turn your magic on. To me she'd say, 'Everything you want is a dream away'. We are legends every day. That's what she told me. Turn your magic on."

The band's new material is in stark contrast to their last album, Ghost Stories, which reflected the frontman's pain at splitting from Gwyneth, who is mother to their two children, Apple and Moses. Coldplay even reportedly refused to tour that album as Chris's pain was too much to reveal onstage to thousands of fans.

Despite his heartache, Chris has seemingly moved on and is now dating British actress Annabelle Wallis.

Coldplay's new album, A Head Full Of Dreams, is due to be released on 4 December (15).