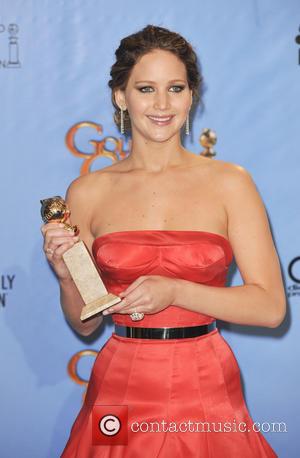 Bradley Cooper was quick to put an end to the rumours that he was dating Jennifer Lawrence, when he was quizzed on the issue, by Entertainment Tonight. He was speaking on the red carpet at the Golden Globes, where Lawrence won the Best Actress gong for her role opposite Cooper in Silver Linings Playbook and told them in no uncertain terms “No, no, no, no, no. Not even close. First of all, I could be her father. No, I'm kidding. But no, not even close.”

It’s hard to believe, folks, but sometimes, actors and actresses simply have this thing called ‘on-screen chemistry.' It’s what makes acting… acting. It’s what makes good acting… good acting. And as the 38 year-old actor pointed out, “We’ve done two movies together (Silver Linings Playbook and Serena). If it didn’t happen by now, it’s not going to happen.” So, another fiery rumour well and truly extinguished, according to New York Daily News.

Jennifer Lawrence’s acceptance speech ended up being one of the more cringe-worthy moments of Sunday night’s awards ceremony when she looked at her award and blurted “oh I beat Meryl (Streep)!” Of course, it wasn’t a dig at Streep, but it wasn’t perhaps the most gracious acceptance speech the world has ever known. Lawrence may well want to get something better prepared for the Oscars, just in case. She could probably take a few pointers from Jodie Foster, who didn’t leave a dry eye in the house when she collected the Cecil B Demille Award.