Surf's Up! Jennifer Lawrence Seen Filming For The Hunger Games 2 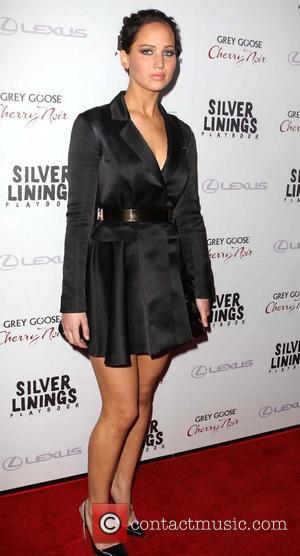 The Aloha state may be traditionally known for its warm climes, but The Hunger Games 2 shooting there looked decidedly chilly, with Jennifer Lawrence in particular looking less than comfortable as she surfed in the Hawaiian seas as the cameras rolled.

Filming for the sequel to the hugely successful Hunger Games - $686.5 million taken worldwide – took place on Monday, with the film being given the title The Hunger Games: Catching Fire. However, 22 year-old Lawrence looked like she’d relish the chance of, if not a slight burning, then certainly something to warm her up as she shivered in a wetsuit, paired with knee pads and some black Adidas high-top sneakers. One particular shot, caught by the Daily Mail, saw her have to dive off a jetty into the sea. Alongside her on set was the 20 year-old actor Josh Hutcherson, who plays Peeta Mellark in the film. Joining the pair was fellow star Liam Hemsworth, who was also snapped braving the waters.

There wasn’t too much combat stuff going on, though there were a couple of images of Lawrence holding a crossbow, and we’re pretty sure her character was planning on using it to do more than clean someone’s ears out. The film is expected to come out in 2013.