Turns Out Jennifer Lawrence's Dress Was Supposed To Look Torn 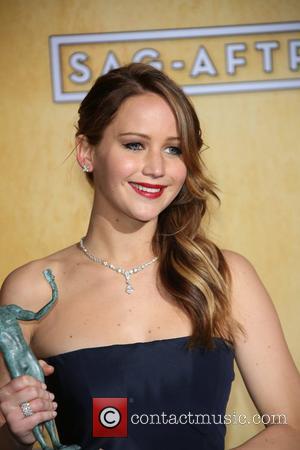 Jennifer Lawrence did not experience a wardrobe malfunction at the SAG Awards, you hear us? Jennifer Lawrence's dress definitely did not rip or tear while she collected her award on Sunday - ok?

The Silver Linings Playbook actress set tongues wagging for all the wrong reasons when her full-length Christian Dior gown appeared to split in two as she made her way through the tables to the stage. It separated mid-thigh, with Twitter erupting into action and many fans questioning whether she'd suffered a dreaded wardrobe malfunction. "I fell on the ground," she told ABC News' Chris Connelly backstage, "Somebody's chair got stuck on my train or somebody's foot or something. I will never look at pictures of this. That's the only true way to happiness." Hmmm, seems as though Lawrence thought she suffered a wardrobe malfunction now doesn't it?

Nevertheless, Dior came out in a fiery defense of its dress in a statement to USA Today, saying, "The dress is made with different levels of tulle and satin, and that is what the viewers saw when Jennifer lifted her dress slightly. It was not ripped, and there was no malfunction. . It was the design of the gown." Couture fashion designer Bradley Bayou blamed it all on Lawrence, "If she is just walking down the runway, she would never have a reason to lift the dress up. So, in this particular dress, you never would have known that."

So there you have it. No wardrobe malfunction to see here people. Maybe.