"Hurtful": Jennifer Lopez Denies Claims That She Got A Maid Fired Over An Autograph 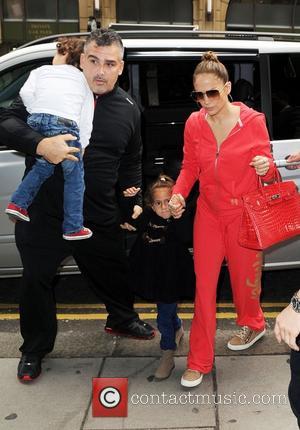 Jennifer Lopez has denied claims that she got a hotel maid fired for asking for her autograph. According to The Sun, the German maid, Pray Dodaj was working at the Melia hotel in Dusseldorf and – being a huge J-Lo fan – plucked up the courage to ask the singer for an autograph but found herself turned away by Lopez’s people.

The maid reportedly told The Sun “I cleaned on her floor. And I am an incredibly big fan so I took all my courage and rang the bell to get an autograph. But I was rejected by two assistants at the door.” To make matters worse, she then received a phone call from the management of the luxury residence the next day, telling her that she was being fired. They claimed that Ms Lopez had complained about her asking for an autograph. “A day later the cleaning company that employed me at the hotel called and said that Ms Lopez had complained,” said Dodaj. “I was fired right there on the phone. Because of an autograph.”

43 year-old Lopez has denied the claims though and said that she finds the whole thing to be very “hurtful.” Possibly not as hurtful as losing your livelihood, of course, but hurtful, nonetheless. She tried to clear her name on her Jennifer Lopez Twitter page by posting a message to say “C'mon thought you knew me better than this. Would never get anyone fired over an autograph. 1st I heard of this was on twitter. #hurtful.”