Jennifer Lopez is negotiating a spot on the judging panel for the forthcoming series of 'American Idol', and is reportedly ''very close'' to signing an agreement. 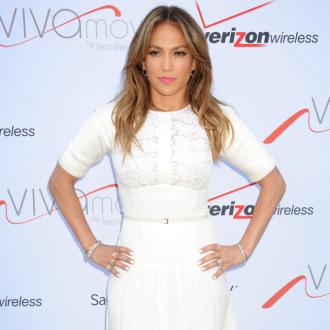 Jennifer Lopez is in talks to return to the judging panel for 'American Idol's next series.

The 44-year-old singer - who has been on the show since 2011 - is negotiating a spot for series 13 after sitting out last season and is reportedly nearing an agreement with broadcasting company FOX.

A source told People magazine: ''[J-Lo is] very close to signing a deal with Fox to return to 'American Idol 'next season. Both Fox and Jennifer are very happy about this and want it to happen very much.''

According to Huffingtonpost.com, Kevin Reilly, FOX's entertainment chief, said at the Television Critics Association press tour in Los Angeles: ''Most of what you've been reporting is true ... Jennifer has been a close part of the show all along. There is no deal with her or with anybody else.''

The singing contest now has new producers as Nigel Lythgoe and Ken Warwick have stepped down, and everyone is hoping to get judges who are popular with the public.

He explained: ''We have new producers. They've come in with dynamic ideas to tinker with the format between the auditions and the live ... We want some judges that are good at the job, that people like, that will refocus our attention on the contestants.''

While Mariah Carey, Nicki Minaj and longtime judge Randy Jackson have quit the show, Keith Urban has signed on for another year.

Kevin added: ''Keith is going to return to the show. Keith did a great job last year. Keith's a really funny guy - I don't think he got to let his personality shine through.''