A Woman Who Launched Legal Action Against Jennifer Lopez And Her On/off Boyfriend Casper Smart Over A Dog Attack Has Asked A Los Angeles Judge To Dismiss The Lawsuit. 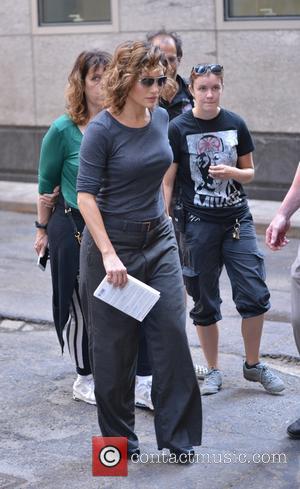 Andrea Ashley claims she was left with broken bones and cuts to her left hand and arm after she was reportedly mauled by dancer Smart's pet boxer, Bear, on the street outside Lopez's Hidden Hills home in December (14), while he was visiting the singer/actress.

The On the Floor hitmaker was dragged into the dispute after Ashley alleged the pooch had escaped through a hole in her fence.

In legal papers, Ashley revealed Smart had apologised and offered to pay all of her medical bills, but she insisted that wasn't enough - because the dog had previously posed a threat to her safety earlier in 2014.

However, on Tuesday (01Sep15), Ashley lodged a request for the suit's dismissal at Los Angeles Superior Court.

The motion did not reveal why the plaintiff was no longer interested in pursuing the case or whether a settlement had been reached, according to the Los Angeles Daily News.